"Higgins writes with grace and humor, reminding us to hold tight to the ones we love."

"A lovely novel with moments of deeply moving insight into what it means to be a mother, a wife, and a friend. Read it and share it with your own friends--you'll be glad you did!"

"Full of humor, love, and life lessons, this is an uplifting and satisfying novel that lingers long after the last page."

--Elizabeth Noble, bestselling author of The Reading Group and The Girl Next Door

"Offering words of wisdom from a dying friend, The Proper Care and Maintenance of Friendship inspires us to focus on what's really important in our lives."

--Liza Palmer, international bestselling author of Conversations with the Fat Girl and A Field Guide to Burying Your Parents

"An amazing novel of love, friendship, and community. A truly joyous read that marks an impressive debut."

"Poignant, romantic, and funny . . . about the need for our closest friends to occasionally give us a shove in the right direction when we've lost our way. You'll recognize yourself in these women. I loved it."

--Claire LeZebnik, author of Knitting Under the Influence and 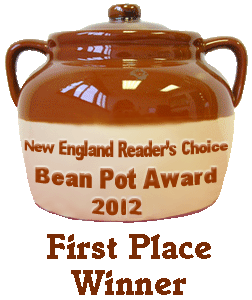 Winner of a Golden Leaf Award for BEST SINGLE TITLE

Enjoy Chapter One of THE PROPER CARE AND MAINTENANCE OF FRIENDSHIP 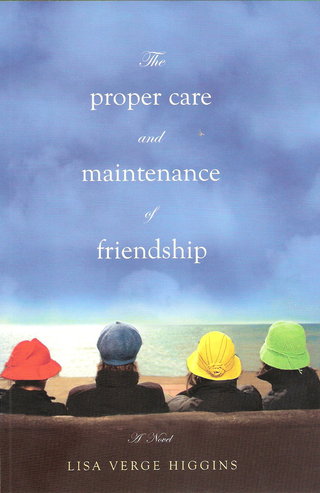 When the rumbling Cessna heaved into the sky, Kate Jansen completely lost her nerve.

She seized the strap of her seat belt as the whole plane shuddered. Through the dirty window she glimpsed Jo and Sarah -- her two best friends in the world -- standing on the tarmac and shrinking swiftly into the distance.

"Now don’t you mind all the rattling, Miz Jansen," Bubba shouted, patting the metal sides of the plane. "This old girl has brought me safely up and down again, a hundred times or more."

Kate glared at her skydiving instructor. He sat facing her, dressed in his black and blue jumpsuit, looking like a giant mutant housefly. He'd just spent two hours teaching her the proper falling techniques in the airport's single hangar. He'd promised her that the jump would conquer her fear of heights, her fear of flying, her fear of everything.

What the hell am I doing?

Breathe. Breathe. It had to be all right. Her friend Rachel Braun had done this a thousand and thirty-six times. Solo. But Kate would be diving with Bubba strapped to her back, hooked to him at six points. Each hook can carry two hundred pounds, he’d told her, and so if four of them snapped off while they were tumbling toward earth, well, a little thing like her shouldn’t worry.

She was going to kill Rachel Braun for this. And she would -- if Rachel wasn’t dead already.

The plane jerked in sudden ascent. Kate seized the ragged edge of the plywood she sat upon. A thousand little splinters pierced her palms. She cast about wildly, seeking escape. Her gaze fixed upon a silver cross, dangling from the rosary beads clutched in the other skydiver's hands. His name was Frank, Bubba had told her, a Franciscan monk who jumped a few times a year.


She wondered, in a panic, if a monk could take confession.

But what did she have to confess? She loved her freakin' life. She was a thirty-nine-year-old mother of three with a comfortable home with flaking plaster walls. Her life overflowed with PTA meetings and Christmas craft fundraisers. Every other year or so she’d do a twenty-mile walk for one of Sarah’s charities.

She loved, most of all, her kids, whose faces she could summon up like spirits. Tess, sucking on a hank of hair, her cropped hoodie clinging to her ribcage; Michael moody and dark and brooding. And Anna, little Anna, who gave small wet kisses like sparks.

Only a few hours ago, she’d signed fifteen pages of a contract that absolved the entire universe of any responsibility for loss of property, limb, life. It prevented anyone from even asking about her death -- even her husband, who didn't know that she was currently hovering a mile above the earth.

Suddenly, the Franciscan stood up, palming the sides of the open door. He yelled something over his shoulder and then made the sign of the cross. Papers on the pilot’s clipboard rattled -- two tore off and reeled into the wind.

"C’mon, Miz Jansen." Bubba grinned as he reached over and unbuckled her seat belt. "Let’s do this."

But Bubba didn't hear her. He hauled her up with those ham-sized fists and then twisted her around like he was going to take her by the backside. She struggled to speak as she stood there with her knees buckling, while he pressed his long hard body against her and hooked her up to him -- six little hooks.

"Ten minutes." He moved against her. "Ten minutes, and we'll be on the ground."

Something imploded inside her, shooting sparks to her extremities, making her cramp into a curled ball of terror, held up by six little hooks. "You said . . . I could change my mind."

"You’re not going to chicken out on me, are you, Miz Jansen?"

"Right now you’re a sassy thirty-nine-year-old woman," he bellowed, "with a big country boy strapped to your back."

"I’ve got responsibilities." She couldn’t breathe, and all the yelling hurt her throat. "I’ve got obligations."

Rachel, Rachel, why did you ask me to do this?

"Miz Jansen, you've got to make a decision now."

"Rachel . . . Rachel died," Kate stuttered, her whole body shaking. "That letter should have had instructions for her funeral. Dirty songs to sing over her grave. Not . . . not this."

Bubba yelled, "You opting out?"

Bubba sighed. She rose and fell upon the weight of it.

Kate stilled. She kept her grip on the molding, slippery now with sweat. She felt the slight banking of the plane. "Really?"

"Oh, yeah. Really." Bubba worked the hooks. He spoke close to her ear so he could make himself heard without yelling. "You think you’re the first to give up, honey? Hell, no. Happens all the time." He slipped the first hook free. "’Specially with women staring down the barrel at their fortieth birthdays. Can't find the guts."

"Think of how they'd look at you, if you'd jumped."

"Better that I’m around to see them," she retorted. "Better I’m alive on the ground -- "

"Oh, sure," he said. "Then you can go back to your soccer carpool. Over a fancy coffee, tell those other moms all about how you almost jumped out of an airplane."

"And when you’re done, you can go home and dust the moldings, maybe scrub a toilet. Slip in a load of laundry before bedtime. After all, you have to get that stain out of Junior’s soccer pants. I hear Tide with bleach is the thing."

She didn’t need to hear it. She saw it, as clearly as she saw long wisps of clouds through the window. Oh, yes, the unfurling of the long years, marked by yet another beach house vacation and another project involving toothpicks and toilet paper rolls, another concert with the grammar school band screeching "Hot Cross Buns." Year upon year passes in clockwork predictability, and the only things that change are the height of her kids, the baldness of her husband, and the width of her ass.

"Listen asshole," she yelled over her shoulder. "Sure I’m a housewife, but it’s a hell of a lot better way to spend my time than chilling in a morgue."

Bubba yanked another hook free. He may as well have jerked it from her flesh. It left her speechless. Aghast. Grasping for words.

Suddenly, he pressed his stubbled cheek against her hair. "What do you think your friend would give, Kate, for a chance to be up here again?"

Kate knew the answer. Rachel lived for moments like this, made huge sacrifices for the adrenalin rush. Sacrifices Kate hadn’t always agreed with. But all that was over. All possibilities, for better or worse, were gone forever.

The plane dipped. Kate Jansen glared out at those blue skies, at the ground so very far below. She glared up at the heavens. Didn’t know whether to curse Bubba or Rachel or her wretched self for the foolishness she was about to attempt.