"A poignant exploration of motherhood-daughter relationships (adoptive and biological), and the bonds of friendship." --- JC Must Reads Books 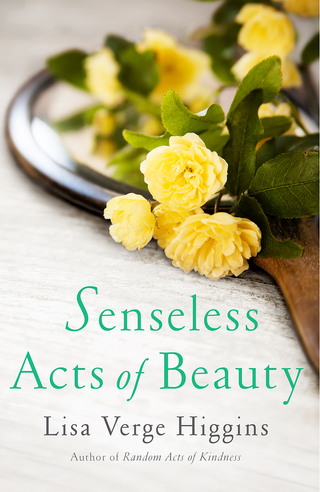 Tess has a secret: For fifteen years she has been furtively following the life of the daughter she gave up as an infant for adoption. But when Sadie runs away from home determined to find her birth mother, Tess has no choice but to hunt down the desperate girl in the one place she dreads—Pine Lake, where a terrible, buried secret threatens to destroy them both.

Maybe Tess would have noticed the police cruiser earlier, if she hadn’t been shaking so badly.

Slouched in her car on the shoulder of the highway, Tess glimpsed the black-and-white rush by again, this time on the opposite side of the road. She imagined the officer eyeballing her through the driver’s side window. She squeezed her eyes shut and wished away yet another ghost of her past, like the ones she’d been seeing ever since she’d left North Dakota—mirages of teenage runaways trudging on the side of the road, ghosts that had turned out to be nothing more than mile-marker signs, or a grocery bag snagged on a guardrail, or a yellow No Hunting placard nailed on a tree just beyond the shoulder.

But that police cruiser had been no ghost. Old instinct kicked in. She roused herself from the driver’s seat, shoved open the door with a boot, and unfolded herself onto the shoulder of the road.

Anything was a better excuse for this clammy palmed nausea than the truth—that she’d morphed into a quivering mess the minute she saw the green exit sign that said Pine Lake.

She stumbled to the front of the car, slid her fingers under the hood, and released the latch. She raised the hood only moments before she heard the gravel pop of another car pulling up behind her own.

“It’s nothing serious.” Tess fixed her gaze on the workings of the engine, not the gray blur in the corner of her eye. “It’s just overheated.”

“If you drove all the way from North Dakota, I bet it is.”

Tess nodded and hoped he didn’t see her twitch. That license plate was sure to get a lot of attention in upstate New York.

Tess didn’t offer up any more information. She checked the perfectly good hoses and bent down to see the fluid levels. Back in Bismarck she drove an eighteen-wheeler for a living, so she’d been taught a lot about how to avoid jackknifing, but not a heck of a lot about the workings of a combustion engine. Companies didn’t want drivers to represent their companies covered with grease from crawling under their rigs. Still she’d hung around with enough mechanics so she could fake it pretty good when she had to.

She had to fake it now because she knew from experience that officers of the law became suspicious of strangers who parked for no rational reason on the side of a quiet country highway…unless the car was disabled.

As the silence stretched and the officer leaned forward to look under the hood, she dared to glance up from under her bangs to give him a look-over. She was still twenty-odd miles from her hometown, but it would be just her luck to stumble upon some officer who’d once slapped her in handcuffs. But this officer was dressed in regulation gray with a thick, black belt and a silly white hat. State police, not local law enforcement. A young officer, by the fresh color in his cheeks. Too young to remember anything about Tess Hendrick.

She’d better suck it up. If she could ever muster the courage to cross the town line, she was bound to be recognized, sooner or later.

The officer straightened up and said, “If this car’s disabled, you should set up flares or cones in intervals.”

“I have them in the trunk,” she said, “but I don’t expect to be here much longer.”

“I think you may need a tow. These foreign cars—”

“I’ll know in a minute,” she interrupted. “I’m just checking how hot the engine is before turning it over.”

The engine wasn’t hot at all, making a liar of her. The macadam was sending off more heat around them, rain-drenched though it was, and the air had that too familiar July storm chill that made goose bumps rise on her bare arms.
The cop eyeballed her. Tess pulled out the dipstick to check on the oil level, her heart stuttering as thunder rolled in the distance. She wondered what he made of the feather tattoo that covered her shoulder, the cheese puff–stained skinny jeans, and the lines of Latin tattooed on the inside of her left bicep.

He said, “I’ve been doing my circuit, ma’am, and I noticed you’ve been parked on the shoulder here for a while.”

“Yes.” Damn it. “I didn’t want to burn myself on the engine so I waited until it was cool.”

“Well, this may look like a little country road to someone who’s driven halfway across the country, but it’s a county highway. Parking on the shoulders is prohibited, and dangerous.”

“Better to overheat on the side of the road than to stall in the middle of it. For safety’s sake, right, officer?”

She met his eye the same time she mentally told herself stop. She couldn’t afford to tweak authority, her favorite sport when she lived around here. As if to prove her folly, the officer took a step back to glance through the car windows into the chaotic interior, no doubt searching for visible evidence—bags of weed, glassine envelopes, empty beer bottles, shotgun shells, cigarettes bought tax-free at the reservation in bulk for resale, something to give him an excuse to ask for her license and registration, to search the vehicle for incriminating evidence.

She wondered what he’d make of the gas mask in the backseat.

Think. Think like the adult you are, not the mouthy runaway you once were. Tess watched a drop of oil run off the end of the dipstick, trying to staunch the nerves that had abandoned her. What the hell was wrong with her? She’d thought she’d put all this behind her fifteen years ago. She thought she’d stuffed all those early, ugly memories in a box in some dusty corner of her mind, never to be referenced again. She hadn’t realized how tightly she packed them away until she glimpsed that sign. One glance was like a box cutter, and the memories burst open.

She shoved the dipstick back in the oil tank. “The engine is cool enough now,” she said, knocking the prop loose. “I’d be grateful if you’d wait while I turn it over, just to make sure.”

She closed the hood and then walked a steady line around him. His nostrils flared like he was trying to determine if she were stoned or had been drinking. She probably looked like she had been, after all these days in the car, unwashed, holding her head at an angle because she’d pulled a muscle in the back of her neck, her lips chewed bloody with worry. She could hear the cop thinking, deciding whether he’d take the next official step, but she just kept striding until she pulled open the door and dropped into the driver’s seat.

She jangled her keys. “May I?"

He gave her an unconvincing nod and then slapped his hands on the rolled-down window as if to stop her from bolting. She shoved the key into the ignition. The car turned over and purred as she knew it would. She watched the dashboard as the red warning lights blinked temporarily, then, one by one, winked out.

She took a deep breath. “Sounds like everything’s back to normal.”

“Sorry for the trouble, officer. Next time I’ll remember to put out flares.”

“Where are you heading?”

“I’ll make it before dark.”

“Get some sleep.” He pushed away and squinted toward the wall of clouds gathering over the far blue peaks. “This storm is spitting now, but it isn’t over. It’s going to get worse before it gets better. It’s dangerous to drive in this kind of weather when you’re exhausted.”

She wanted to blurt out that she’d driven a sixty-thousand–pound vehicle over slick roads during a High Plains snowstorm on less than the federally regulated amount of sleep. She could certainly handle a little mountain thunderstorm in a Volvo.
But the truth was that Boston wasn’t an option. She didn’t have any more options. All troubles always came home to roost, and that’s how Tess knew, bone deep, that the foolish, headstrong runaway she was looking for could be nowhere else but in Pine Lake.

“Plenty of hotels off the highway,” the officer said, slapping the roof of the car. “I’ll follow for a while, just in case that car fails on you. You take the next exit to Pine Lake, you understand?”

Her heart, her breath, and her stomach all crowded up to her throat.